Coronavirus, philosophy, the noble lie,
and the real problem with Dr. Fauci

The noble lie, of course, begins with Plato in The Republic. Internet Encyclopedia of Philosophy's entry on The Republic has more depth.

Its most destructive recent version has been in Straussian economics. 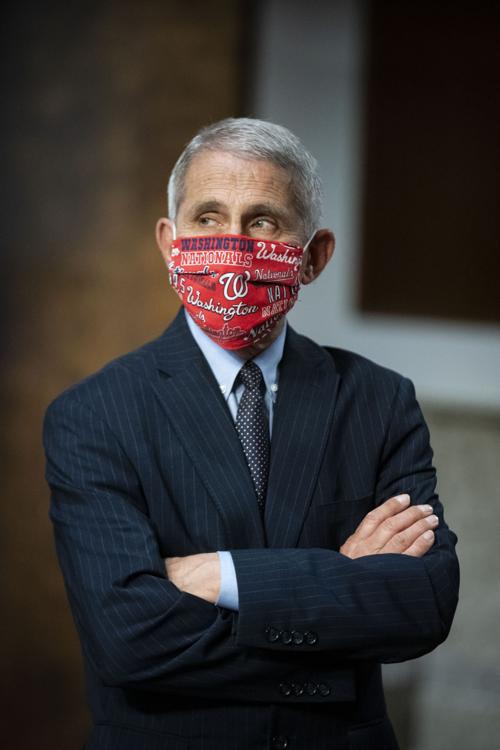 That said, its latest proponent was Dr. Anthony Fauci. Only, unlike Plato or Straus, his noble lie was not deployed in the service of political leadership. It was more noble yet, but like all noble lies, both a lie and a lie whose attempt at nobility eventually backfired.

You don't have to go to wingnut websites to find that Fauci did, in the early days of coronavirus, say that masks don't work. Snopes, which in its attempt to go beyond skepticism to political fact-checking, has largely put its oar in the waters of the Democratic half of America's two duopoly parties, calls his claim "outdated." And, this is nothing but high-grade hypocrisy from Snopes.

And, we know he said it.

Here's what he said:


"I don't regret anything I said then because in the context of the time in which I said it, it was correct. We were told in our task force meetings that we have a serious problem with the lack of PPEs and masks for the health providers who are putting themselves in harm's way every day to take care of sick people," Fauci told O'Donnell.

Doubling down on the original noble lie with a lie about it.

You tell the truth.


Dear America: We don't know how serious the novel coronavirus will be, but information from many places in the world shows this is indeed more serious than the flu. Unfortunately, we have a shortage of surgical masks at this time. Our national leaders are doing everything they can to address this. So, at this time, in weeks ahead, we are asking you to take an abundance of caution when venturing outdoors.

But Fauci's refusal to admit he was wrong makes the noble lie that "noble." When one doubles down on a lie like that, then it's really the "noble lie."

In addition? China was recommending masks even for people with low infection risk at the time Fauci said, "nahh."

Update, Aug. 23: There's also the fact that Zeynep Tufecki, on Twitter, was calling out Fauci et al AT THE TIME he made his original statements, per this NYT piece. Extracts from it are worth reading:


Public health officials seem to have had an ulterior motive when they told citizens that masks were useless: They were trying to stave off a run on protective gear that could have made it unavailable for the health care workers who needed it. Ms. Tufekci’s faith in human nature has led her to believe that the government should have trusted citizens enough to level with them, rather than jeopardize its credibility with recommendations it would later overturn.

“They didn’t trust us to tell the truth on masks,” she said. “We think of society as this Hobbesian thing, as opposed to the reality where most people are very friendly, most people are prone to solidarity.”

There you go. As I note below, and did so in sending a link to this blog post in response to her Tweet, it's possible, even likely, that coronavirus denialists and conspiracy theorists would have found other things to fuel their bubble views. But, more fuel for the fire is never good. (And, in that sense, I'm less optimistic than she was in her original column for the NYT calling out Fauci et al.) And, a sidebar to her: Good luck at The Atlantic. If you really believe in Zapatista Solidarity, aren't you at the wrong spot?

And, saying that Fauci wasn't the only one saying "nahh"? Pointing to Surgeon General Jerome Adams and others? "Just following the herd" isn't THAT different at times from "just following orders."

In addition, a herd telling a noble lie makes it worse by amplification, which then can open the doors to fallacious appeals to authority. (As far as I know, Fauci, Adams and others have never had serious training in medical ethics, or larger sociological ethics, therefore, as opposed to actual medical science issues, an appeal to them on "no masks" would be fallacious.)

As for the damage?

It's quite likely coronavirus denialists and conspiracy theorists would have found other things to fuel their bubble views. But, more fuel for the fire is never good. And, Greg Ip says encouraging early mask wearing might have helped nuance lockdowns and other strategies more selectively, early in the "game." That said, per that WSJ link, we need to be careful about thinking that Sweden's numbers showed that herd immunity worked. Rather, Swedes may may have heard enough in the news about how bad things were in their country and started masking up, started having businesses require masks, etc. And, Ip's info from JP Morgan claiming Sweden's economy suffered less than its Nordic neighbors? Business Insider says that's simply untrue.

Email ThisBlogThis!Share to TwitterShare to FacebookShare to Pinterest
Labels: ethics

I keep a fairly slim blogroll, as well as general webroll, on this and other blogs. But, blogs I link to, or even incorporate into my feed l...